Claudio has over 25 years of experience in the field of Intellectual Property. He joined Moeller’s Patent Team in 2017.

He joined our patent team as a senior paralegal. He deals with official actions issued by all Latin American PTOs for Patents, Utility Models, and Industrial Designs. He is the link between clients and patent engineers. Given his vast experience, he has become a permanent advisor among his peers, reaching the position of Team Manager within the Patent Department.

Additionally, he participates in the Project Management Office (PMO), helping to provide management reports, establishing guidelines to contribute significantly to the success of the projects, efficient utilization of the resources, and achieving strategic objectives.

Before joining Moeller, Claudio worked in other law firms for the past 24 years, gaining experience not only in patent matters but also with trademarks, industrial designs, and copyrights, as well as attending business relationships with colleagues from LATAM.

In his free time, Claudio enjoys spending time outdoors with friends and, especially, with his wonderful family. Claudio actively collaborates with the Salesian work of Don Bosco, helping the neediest and the homeless. 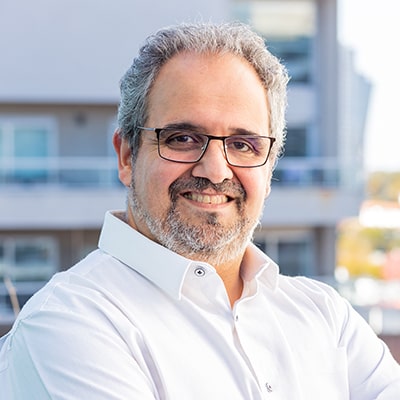