Amar Kashmir is a Legal Counsel based in Singapore. Graduating from the University of London in 2012, he started out his legal journey in an IP firm, covering Patents, Trademarks & Designs apart from being one of the firm’s main researchers until 2014, when he embarked on a two year journey doing business development for companies that included Foodpanda. He went into in-house practice from 2016, taking on legal matters from SMEs to MNCs and even State-Owned Enterprises on a regional to global scale, till he joined Moeller IP in 2021.

Having worked In-House across various industries spanning from the Energy Sector to even Tobacco, Amar has acquired a vast exposure and experience with not just internal stakeholders, most of which being C-Level, he has also worked with notable clients including Siemens and ExxonMobil on both regional and global scales. Most recently, he was part of the legal team that was behind the creation of the Connect@Changi facility in Singapore – the first of its kind in the world.

With his years spent as an In-house Counsel, Amar is well aware of the needs and wants of internal stakeholders, particularly from an IP perspective. He has helped formulate and align concise strategies for market expansion as well as collaborated with internal engineering teams to achieve an expedient approach to fulfilling their IP goals.

Further to the above, Amar has, over the years, taken up various IT and technology courses (including a Diploma in Digital Marketing) to better be acquainted with the ever-changing tech sphere, in order to be a greater asset to his stakeholders.

Outside of work, Amar does a lot of exercise, sporting activities with friends and sings in a band. 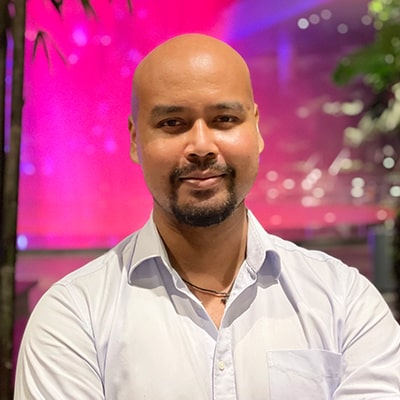