Adriana joined the Patents Team at Moeller IP Advisors in May 2019. She deals with official actions issued by all Latin American PTOs for Patents, Utility Models and Industrial Designs. She is the link between clients and patent technical advisors.

Before joining Moeller IP, Adriana gained experience in patent prosecution in Italy, dealing directly with EP and PCT patent applications. She translated over 2 million words of mechanical, electronic, and software patent texts into English. Before that, she handled trademark filings and opposition proceedings in Argentina.

Adriana graduated in English-Spanish sworn translation in 2008 at Universidad del Museo Social Argentino (Argentina). Previously, in 2003, she obtained a degree in English language teaching from Joaquín V. González Teacher’s Training College (Argentina).
She likes reading, Italian art and culture, travelling and skating.
She is a member of the Sworn Translators’ Association of the City of Buenos Aires (CTPCBA) (Argentina).

She has attended courses on the PCT and WIPO Services organized by WIPO in Rome and Turin, and a course on the European Patent System’s Formal Requisites organized by EPO in Copenhagen, among others.

Adriana is fluent in Spanish, English, and Italian, has a good knowledge of Portuguese and speaks a little German. 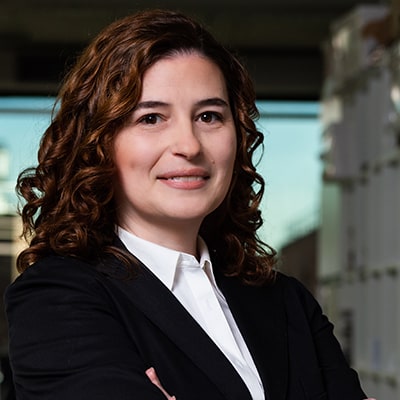